Athlon is a 32-bit/64-bit microprocessor from Advanced Micro Devices (AMD). There are a variety of Athlon processors for desktops and notebooks, the first of which, the Athlon 64, was introduced back in 1999. Athlon processors use different CPU architectures and have changed enormously in their performance values in the ten years since their introduction. The CPU architectures are named K-generations at Advanced Micro Devices. Thus, Athlons belong to the K7 generation until the years 2002, the following ones to the K8 generation until the year 2005, then the K9 and from 2009 the K10 generation. 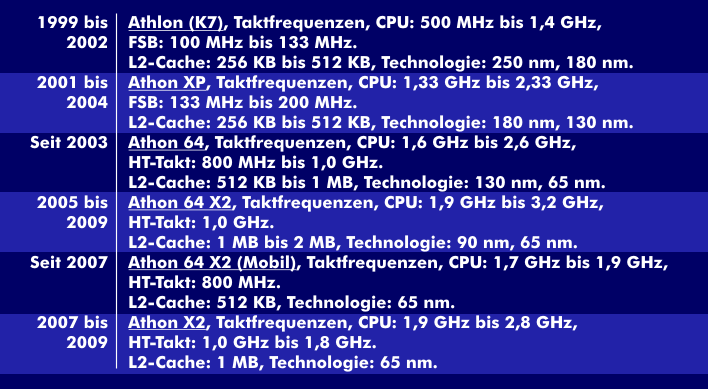 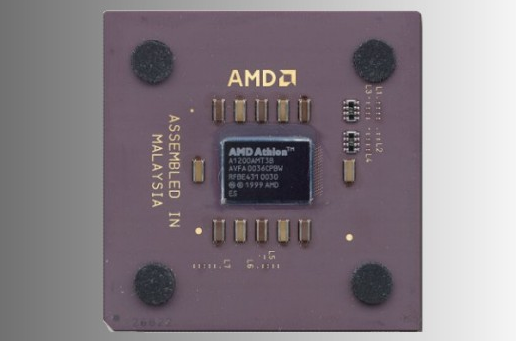 The various Athlon versions had the most different codenames during their development phases. Among them Argon, Thunderbird, Palomino, Thoroughbred, Barton, Newcastle, Clawhammer, San Diego, Orleans, Windsor, Oakville, Brisbane and some others.