The word blooming means to blossom or radiate. Blooming is an overdrive effect that occurs in digital photos and is characterized by the fact that certain areas of the image are overexposed and no contours can be seen. 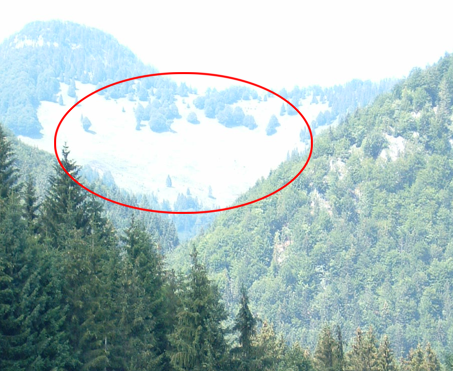 The blooming effect occurs especially in digital cameras with CCD sensors and is due to the overflow of the so-called potential wells. The potential wells fill with electrical charge during exposure, which increases linearly with the amount of light. It depends on the light intensity and the exposure time. If the charge capacity of the potential wells is exceeded, then the charge partially flows into the potential wells of the neighboring CCD pixels and thereby raises their charge potential. Due to the charge elevation, the readout charge is higher and thus the pixel is displayed brighter.

Blooming can be reduced by constructive measures such as isolation bars and anti-blooming gates between the individual pixels.