Important parameters of CD players are the data transfer rate and the access time. The basic data rate for data transfer is 153.6 kB/s and results from the clock rate of 44.1 kHz and the resolution of 16 bits. Drives with higher data transfer rates are oriented to this basic data rate, the single speed. Thus, a double speed drive has 307 kB/s rsp. 300 kB/s, one with 12x speed 1.8 MB/s and one with 48x speed 7.2 MB/s. The access times of CD drives range from about 100 ms to a few hundred milliseconds. The speed at which the compact disc (CD) moves under the read head, known as scanning velocity( SVY), is between 1.2 m/s and 1.4 m/s. 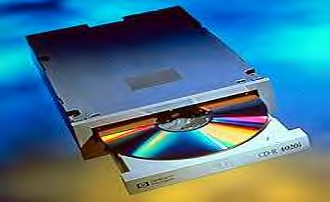 CD recorders usually work slower in write mode than in read mode. In addition, the writing speed is reduced considerably when rewriting. For this reason, three speed values are given in the specifications for CD recorders: The read speed, the write speed, and the rewrite speed. The specifications are always a multiple of the simple transfer speed of 150 kB/s. An example of a CD writer specification might look like this: 48x/12x/40x.