An address is a numeric or alphanumeric specification that uniquely identifies a network, service, terminal, storage location, pixel, or other component.

An address consists of a sequence of letters and digits that serve to uniquely assign a destination, although the address structure varies in different areas of communications, telecommunications, and computer technology. 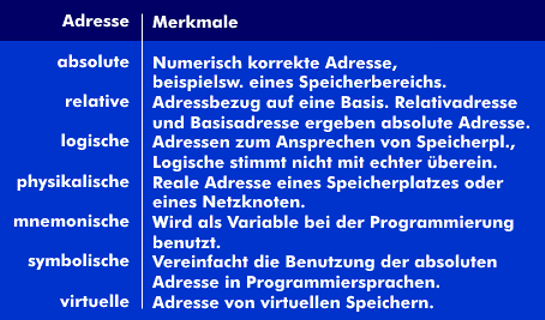