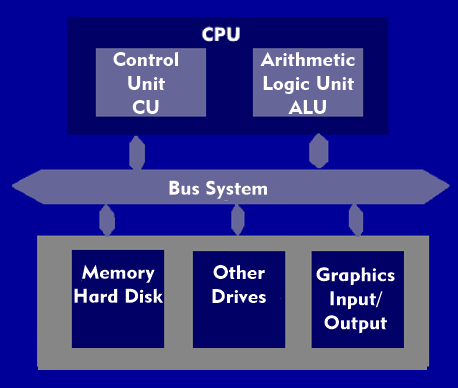 Basic structure of an arithmetic unit

The structure of an arithmetic unit includes one or more adding units, half add ers or full adders, the control unit, accumulators and registers. The accumulators function as fast memory elements in which the operands for the operations and the intermediate results are stored. They are connected to the main memory via the data bus. The data bus is the part of the system bus over which the data and operands are transferred to the accumulators and memory registers.

Depending on the concept, the intermediate results are also stored in the registers. For the mathematical and logical operations the arithmetic unit needs two operands. One is transferred from the main memory via the data bus and temporarily stored in the accumulator. After the mathematical operation the intermediate result is stored again in the accumulator.