A bluescreen, i.e. a blue glowing screen with white superimposed text, indicates a system error under Windows, which is triggered by a completely unexpected program crash of a user program, the operating system or a driver and is accompanied by a program termination.

If the bluescreen is triggered by a crash of the operating system, then it is also called bluescreen of death( BSOD). The text displayed in the bluescreen contains the error information and indicates that Windows has been shut down in order not to damage the personal computer. 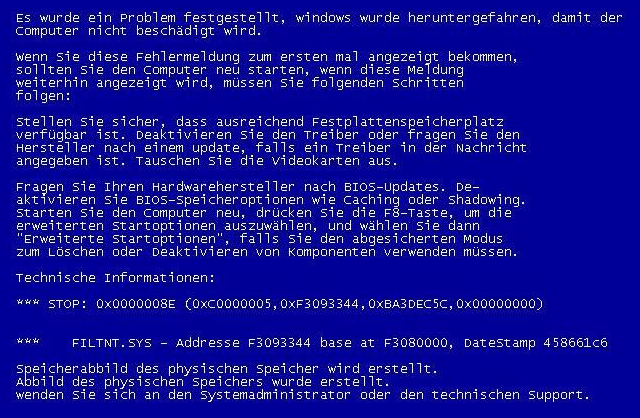 In addition, the bluescreen contains instructions on how to proceed, as well as some technical information. For example, the screen message contains a line beginning with ***STOP followed by a hexadecimal number. This sequence of digits contains an indication of the error; however, it must be interpreted, which is not easy. Another line contains the error description and below that the hint that a memory image of the physical memory has been created.