The capacitor is a frequency-dependent, passive electronic component whose capacitive resistance decreases with increasing frequency. In terms of construction, a capacitor consists of two conductive electrodes that are insulated from each other by a dielectric.

Capacitors with fixed and variable capacitance 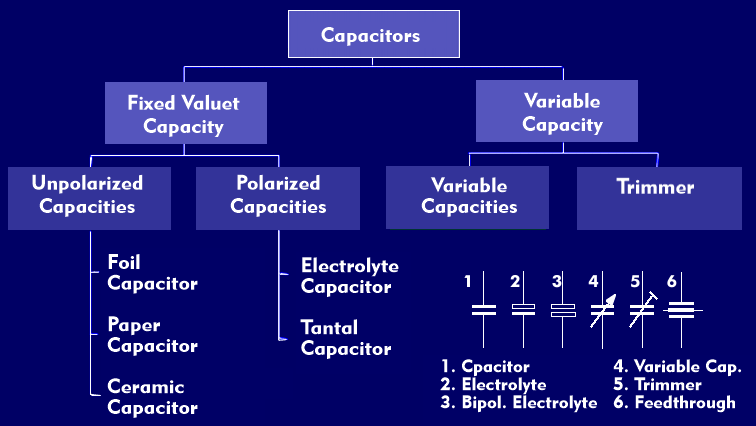 In terms of construction, capacitors are divided into those with fixed capacitance and those with variable capacitance. Fixed capacitors are available with the dielectric ceramic, as ceramic capacitors and multilayer ceramic capacitors( MLCC), as well as mica capacitors, tantalum capacitors and niobium capacitors, and Styroflex and film capacitors. Capacitors with large to extremely large capacitances from over 1 µF up to 100,000 µF have a slightly different construction and use a liquid, the electrolyte, as the cathode. Hence the name electrolytic capacitor. Even larger capacities have double layer capac itors(DSK) or super capacitors, a protected designation for this are the super caps from Panasonic, which are available for capacities from a few Farad (F) up to a few thousand Farad. In addition, there are the power capacitors, which are mainly used in power electronics and have a dielectric strength of several kilovolts.

The capacitance value of capacitors 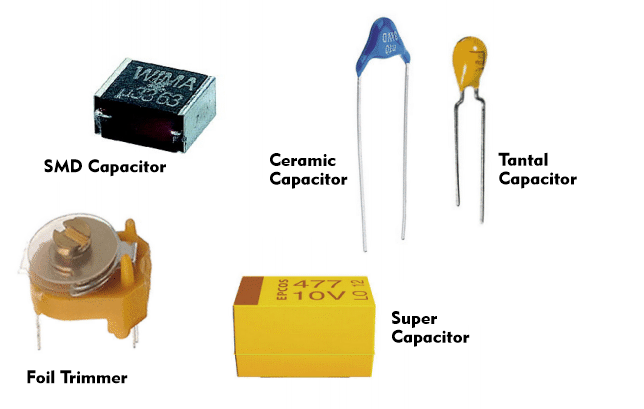 Designs of capacitors for printed circuit board mounting 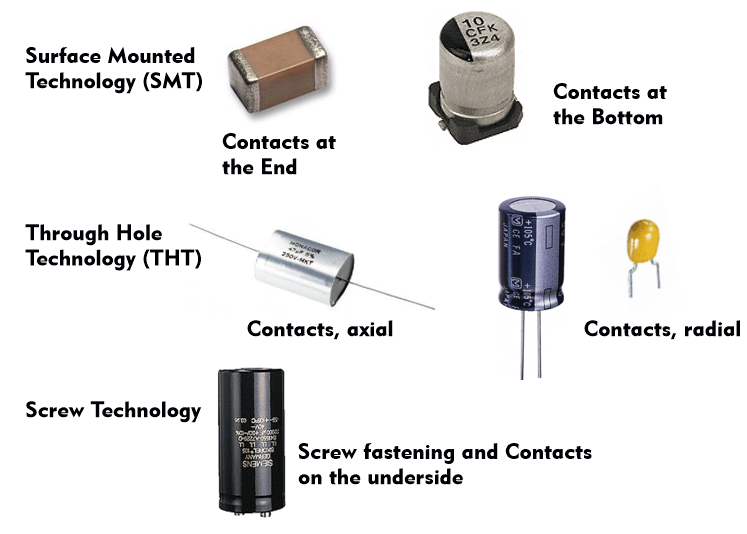 In terms of designs for mounting on printed circuit boards, there are capacitors for surface mounting, SMT technology, and for through hole technology( THT). As for SMD designs, these can be" chip technology" and have contact pads at the ends for soldering, or as a V-chip, where the contacts are on the bottom of the capacitor. Cylindrical capacitors for through-hole technology have axial or radial lead wires. Large capacitors may also have a screw cap to make them easier to attach to the chassis or PCB.