A switching network is the central component of a switching system. Its task is to transport the data units to be transmitted from the input port to the desired output ports. 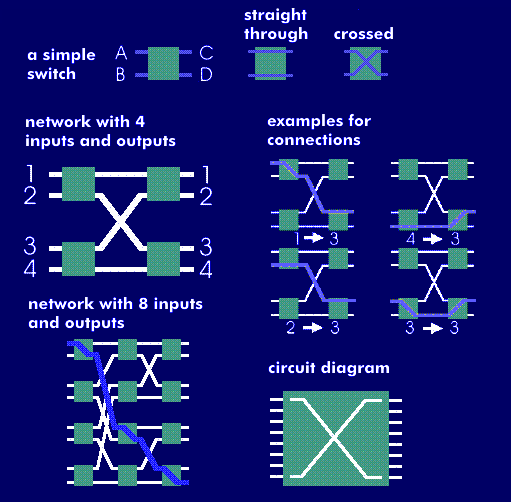 In terms of the process, a distinction is made between the cut-through process, which is based on immediate passing-through of the data packets, and the store-and-forward process, in which the data packet is briefly buffered. For switching systems with frame switching, switching elements with matrix structure, with bus topology and central memory topology are mainly used. In addition, special switching networks have been developed for cell switching, which in particular support the cell structure of the cells to be transmitted.

A wide variety of network topologies have been developed for this purpose. Among the better known are the shuffle exchange network, the extended switching matrix, the Banyan network, the Benes network, the sorting trap network, the distribution network and the recirculation network.