The term Compact Disc(CD) describes several products, all of which are based on a 12 cm shiny silver disc, written and read with Constant Linear Velocity( CLV) by an optical laser system. Compact Discs (CD) store data on a spiral-shaped groove, a groove. The data is burned into the groove, which is in an organic dye, as pits and lands in the form of holes of varying lengths. The burn-in is performed by an infrared laser with a wavelength of 780 nm.

The numerical aperture( NA) of the lens is 0.45. The distance between two adjacent tracks is 1.6 µm, the minimum pit length 0.83 µm. The storage capacity of a standard CD is 654 MB. The diameter that can be written with information, the Maximum Information Diameter( MID), may be a maximum of 116 mm. 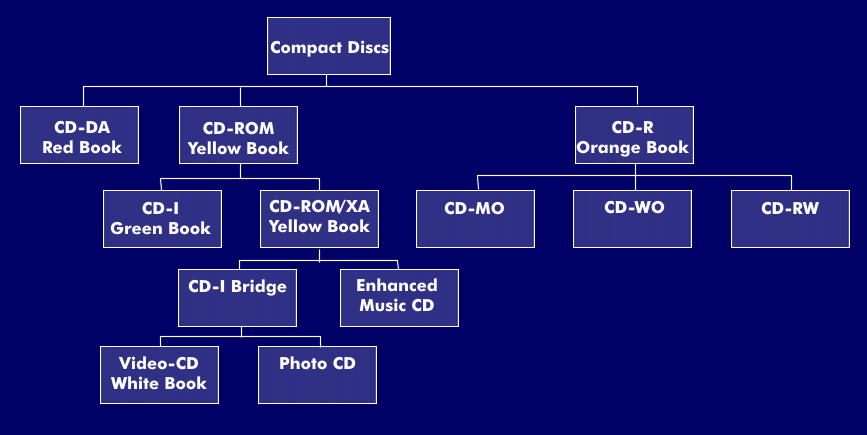 There are various formats of CDs that are read-only, others that can be written to once, and still others that can be written to and erased many times. CD variants include CD-ROM, CD-DA, CD-I, CD-PROM, CD-EPROM and CD-ROM/XA. In addition to the recordable ones, where the pits and lands are burned into the dye, there are also the prerecorded ones, such as the audio CD, video CD or CD-ROM. In the prerecorded ones, the markings are not written into the organic dye, but directly onto the polycarbonate of the carrier material.

As far as the service life of compact discs is concerned, it was said in the 1990s that this was unlimited, but in the meantime the service life figures have been revised downwards and are now around 10 years.