The core structure of the SAE architecture is formed by the Evolved Packet Core (EPC). The Evolved Packet Core (EPC) is a framework through which the convergence ofvoice and data in the LTE network is established. In 2nd generation( 2G) and 3rd generation( 3G) networks, voice is transmitted using circuit switching and data is transmitted using data packet switching. Convergence is achieved through the IP protocol, which the EPC framework uses to transmit voice and data. 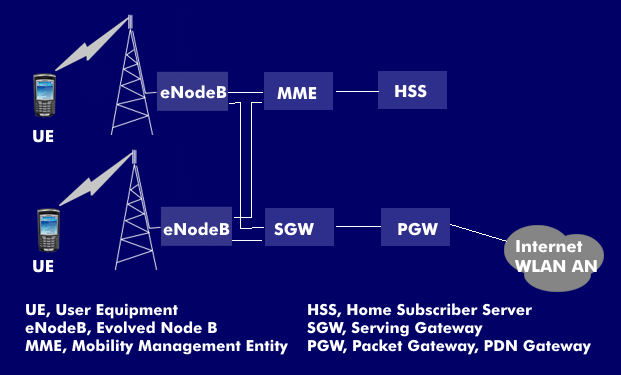