Hard disk drives (HDD) are drives with one or more non-replaceable hard disks. The drives are encapsulated so that the hard disks with their sensitive magnetizable surfaces, the hard disk arm and the read/write heads mounted on it are protected against dust and contact. The dust- proof, hermetically sealed hard drive enclosure ensures that neither contaminants nor moisture will affect the operation of the hard drive. 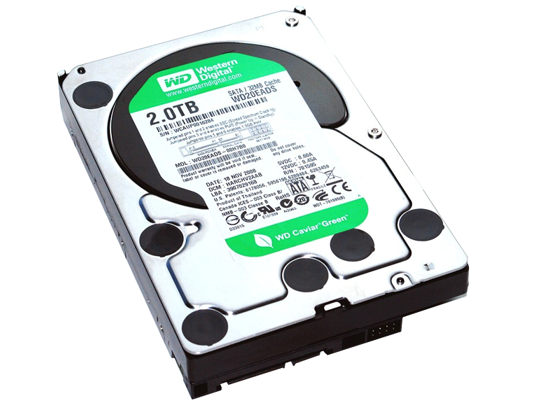 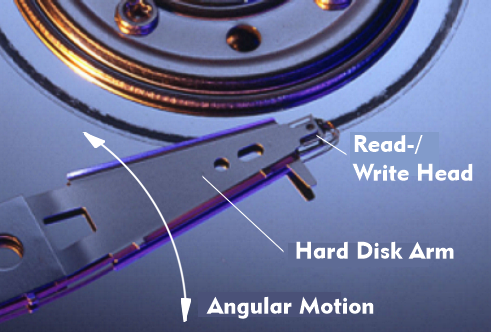 The rotation and size of hard disks

The rotation speed of hard disks directly affects the access time and data transfer rate. However, it cannot be increased arbitrarily because the remagnetization of the iron oxide particles takes a certain amount of time. Hard disks operate at constant rotational speeds. The standard hard disk with a diameter of 5.25" rotates at rotational speeds of 3,600 rpm, 4,500 rpm, 5,400 rpm, 7,200 rpm, 10,000 rpm and even 15,000 rpm. There are also smaller versions for laptops, notebooks, handhelds, camcorders and MP3 players with 3.5", 2.5", 1.8", 1.0" and 0.85" diameters. These hard drives are referred to as miniature hard drives. An example is the Microdrive from IBM. 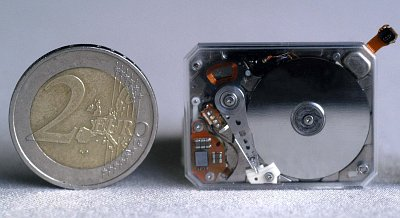 The interfaces to the personal computer

The connection between the hard disk drive and the computer is made via a hard disk interface, for example via Small Computer System Interface( SCSI), Integrated Drive Electronics( IDE), Enhanced Integrated Drive Electronics( EIDE) or Advanced Technology Attachment( ATA). Depending on the SCSI version, transfer rates of between 5 MB/s( SCSI-1) and 40 MB/s, 80 MB/s (Ultra-2 SCSI) and more are theoretically achieved via the SCSI protocol. The same applies to the IDE bus. With the PIO Mode 1 protocol it was still 3.33 MB/s, with Ultra- DMA 2 it is 66.6 MB/s.