The HD-DVD, which retains the physical layer structure of the DVD, operates at a wavelength of 405 nm. Because of the relatively thick cover layer of 0.6 mm, the aperture could only be increased to 0.65. The aperture of the DVD is also increased to 0.65 nm. This short-wavelength light causes the pits and lands to be much smaller than on DVDs that use red lasers, resulting in lower track density and thus greater storage capacity. The focal point diameter is 0.31 µm. 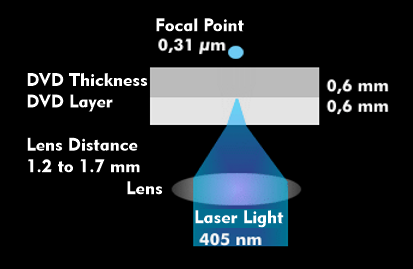 Focal point of the HD-DVD

The HD-DVD format is mainly supported by consumer electronics companies, most notably Toshiba and NEC. 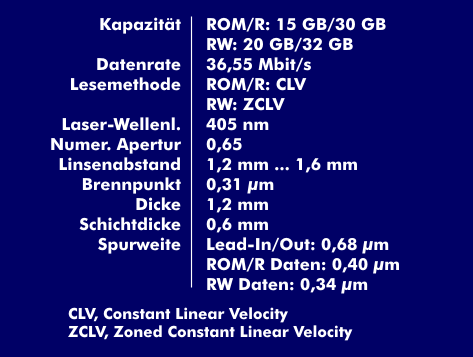 After Toshiba announced in January 2008 that they would not further develop HD-DVD, this should be the end of HD-DVD technology.