HypertextMarkup Language (HTML) is the description language for documents on the World Wide Web. It is derived from the Standardized Generalized Markup Language( SGML) and contains the language elements for designing hypertext documents and incorporating multimedia objects.

To describe the components, hierarchy and linking points of HTML documents, HTML uses HTML codes or HTML tags. HTML has some tools to make direct reference to animations or sound files using markups. 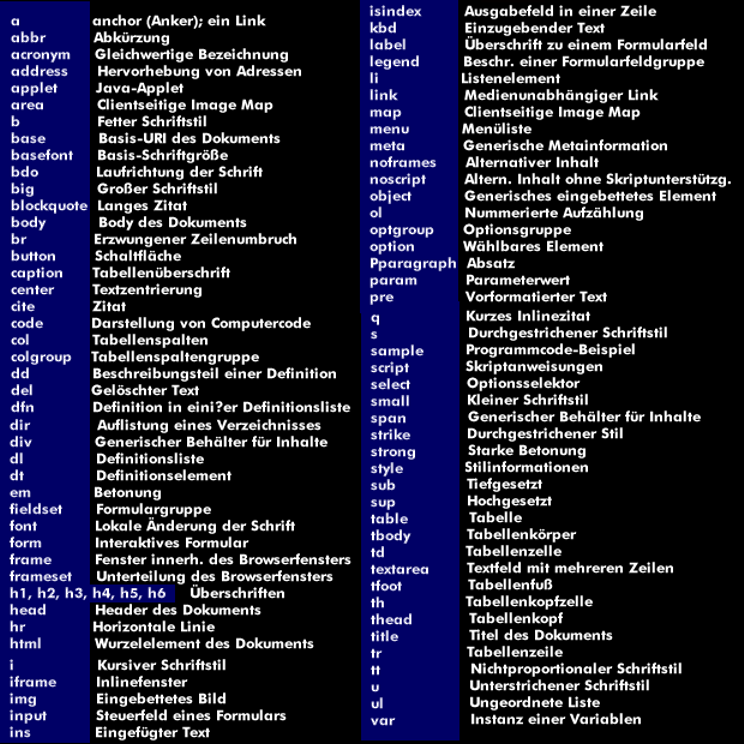 HTML can extend hypertext links across the world. It can customize information to fit the user interface and provides an experimental platform for hypermedia. HTML can be used for displaying menus from which options can be selected, as well as for displaying results of database queries, for documentation, and for online help texts.

In 2007, the W3C consortium established an HTML working group that specified HTML 5, an enhanced version of HTML that is intended to replace HTML 4 and XHTML. HTML 5 was developed by Opera back in 2003 and was further developed as a web language by Opera, Mozilla and Apple a year later. With the re-establishment of the HTML working group in the W3C consortium, this body takes care of HTML 5, which extended the original scope of the document description language to web applications. HTML 5 is oriented towards practicality, facilitating the design of web pages and supporting audio and video. HTML 5 makes it possible to display content across platforms and on different displays. This technique, in which the content adapts to the display size and resolution, is called Responsive Web Design.

In addition to the HTML versions mentioned above, Compact HTML (cHTML) is an HTML subset for smartphones and PDAs with limited functionality.