Inheritance is one of the basic principles of object-oriented programming. There, starting from existing classes, new classes can be created that initially have the same properties and methods as the source class. The new class is called derived class or subclass, the source class as superclass or superclass. The derived class can override the properties and methods inherited from its superclass or add additional ones.

Inheritance is usually used in the form of subclasses having more specialized capabilities than their ancestors. The process of derivation is therefore also called specialization. The superclass thus implements general capabilities that can and should be used by all subclasses, while the subclasses specialize in other capabilities based on this. Nearly each subclass can be again superclass for a still further specialization. Exceptions exist in some programming languages, where a class can be declared as the "end of the class hierarchy" to prevent further derivation. 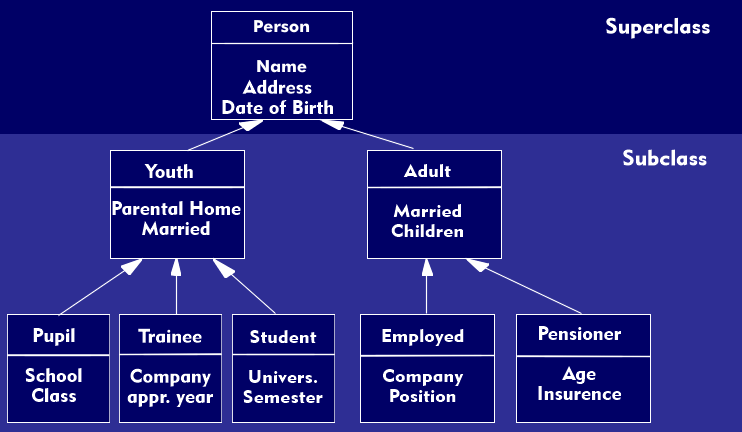 Inheritance with subclasses and superclasses