Lithium-polymer batteries have the advantage over lithium-ion batteries of an approx. 20% higher energy density. They also have higher explosion protection and better leakage properties. This is due to the electrolyte, which is gelled and has plastic-like properties.

As with the lithium-ion battery, the negative anode of the lithium-polymer battery is made of a graphite compound, and the cathode is made of a lithium compound consisting of cobalt, manganese or a nickel compound. The electrolyte is a polymer-based film. The two electrodes and the electrolyte are designed as extremely thin films and can be wound like a film capacitor or pressed into other shapes such as that of a film bag. This shape is also known as a coffee bag cell. As a result, lithium polymer batteries achieve very high compactness. The power density and the energy density are higher than in all other rechargeable batteries. The power density is several kilowatts per kilogram, about 3 kW/kg, and the energy density is about 200 Wh/kg. The nominal voltage is 3.7 V, the end-of-charge voltage is 4.2 V per battery cell, and the end-of-discharge voltage is 3 V. These values must be strictly adhered to, as LiPo batteries have no charge reserve. 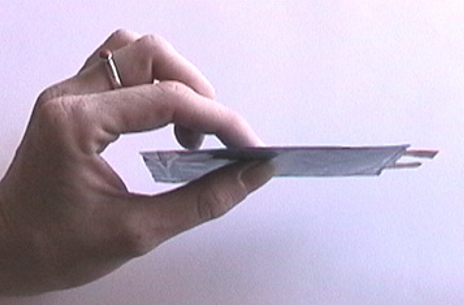 In addition to their compact design and higher energy density, which ranges from 140 Wh/kg to 180 Wh/kg, lithium-polymer batteries have a long standby time and no memory effect. However, they are sensitive to overcharging, deep discharge and excessively high or low temperatures. Unlike NiCd batteries and NiMH batteries, lithium polymer batteries can be connected in parallel.

Lithium-polymer batteries are charged up to the end-of-charge voltage using the IU charging method, and above this using constant voltage with decreasing charging current.

Lithium-polymer batteries can be built extremely flat and have a thickness of less than one millimeter. They are ideal for smart cards, smart wearables and small mobile devices. For applications with higher supply voltages, for example for drones, lithium polymer batteries are combined to form lithium HV packages( LiHV) with voltages of up to 22 V.