Magnetic tapes (MT) are used to record, play back and eraseinformation. They are used in tape drives as a storage medium for digital data and for storing analog signals, audio and video signals.

The carrier material of magnetic tapes consists of a tensile polyester film, such as Terylene or Mylar, that is only a few micrometers (4 µm to 10 µm) thick. A magnetically effective layer of iron oxide or chromium dioxide is applied to this flexible carrier film. The layer thickness is only a few micrometers (about 2 µm). For this purpose, the oxide crystals, which used to be less than 1 µm in size but have since been reduced to less than 10 nm, are provided with a binder and applied to the carrier film. The oxide crystals used are needle-shaped with an aspect ratio of about 1:10. 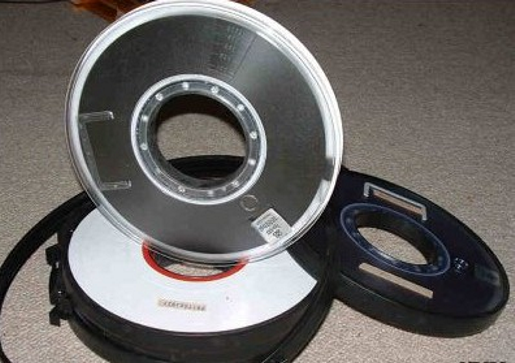 In tape drives, digital data is stored on the magnetic tape by means of encoding processes. Return to Bias( RB), Return to Zero( RZ) and the various NRZ processes, such as NRZ-L, NRZ-M and NRZ-S, are used to encode the data.