The main memory is the primary memory. It is used by the central processing unit (CPU) for direct access to data and commands. The memory capacity of the main memory, in conjunction with the CPU power, is decisive for the computer's performance. The main memory has a limited address range, which is defined by the address bus width of the central processing unit. Working memories are byte-oriented, which means that data is transported to and from the working memory byte by byte or in multiples of a byte, e.g. 16 bits or 32 bits in parallel. 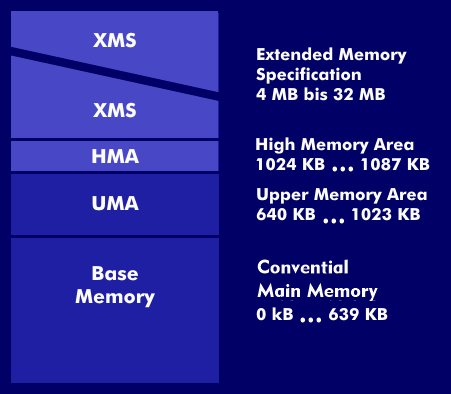 Addressing range of the conventional and the extended working memory

With other operating systems such as Windows NT, Windows 95 and following, as well as with OS/2 and Apple OS, the addressing range is only limited by the width of the address bus.