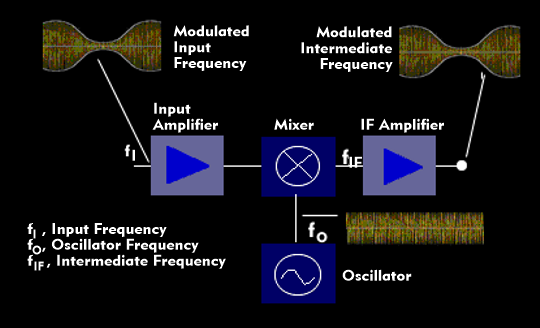 The purpose of a mixer is to convert a high frequency RF input frequency to a lower frequency RF signal by mixing it with an oscillator frequency. Since different frequencies are generated during mixing, the frequency is filtered out and selectively amplified in the following amplifier stages, the IF amplifier. The mixer principle has been used in all superheterodyne receivers since its invention in 1925.

A distinction is made between additive and multiplicative mixing. Both methods, which differ in the circuit-technical control of the active components such as electron tubes, transistors, field-effect transistors( FET), etc., have advantages and disadvantages with regard to circuit complexity, the number of mixing products and controllability.