The optical transport network (OTN) is an optical network standardized by the International Telecommunication Union ( ITU) in which carriers transmit customer data by means of a transport service. It is a consistent further development of the synchronous digitalhierarchy( SDH) and dense wavelength division multiplexing( DWDM). 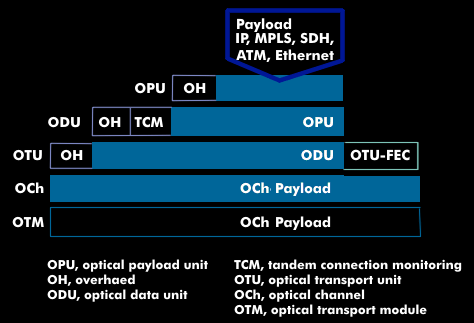 The optical transport network can carry 10- Gigabit Ethernet at full bandwidth from Ethernet switches and routers. Transport is via Optical Transport Units( OTU) with nominal transfer rates of 2.5 Gbit/s, 10 Gbit/s, 40 Gbit/s and in the future 100 Gbit/s. In conjunction with DWDM technology, data rates of several terabits are achieved, which has led to the name 100 Gigabit Ethernet or Terabit Ethernet. A variant of DWDM technology is IP over DWDM( IPoDWDM), which offers a flexible, more manageable network configuration. 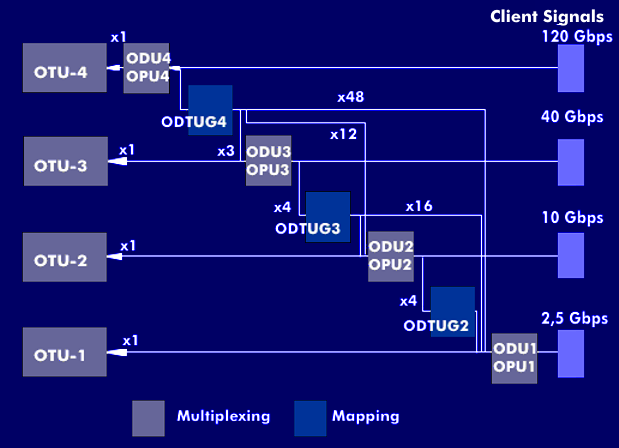 Multiplex hierarchy of the OTN