The single-phase low-voltage network has three conductive connections: the current-carrying outer conductor (L) with the phase, the neutral conductor (N) and the protective conductor( PE).

The latter represents a direct connection of the electrically conductive installations, systems and devices to the earth potential and protects persons against impermissible touch voltages which occur at operationally non-voltage-carrying conductive device parts and which could cause damage to health if touched. 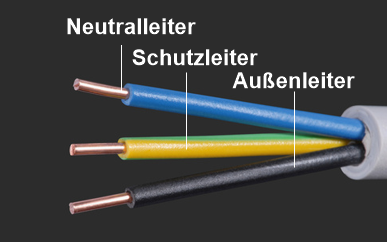