Generally speaking, a smartmeter is an intelligent energy meter. No distinction is made in the designation whether it is a smart electricity meter, water meter or heat meter, all are referred to as smart meters. The legal term for a smart meter is "intelligent metering system".

Smart meters operate digitally and are equipped with their own intelligence, some even with high intelligence. Unlike analog Ferraris meters, smart meters consist of a digitalmeter and a communication module, the smart meter gateway( SMGW). Smart meters can record individual electricity consumption with temporal fluctuations and load peaks. They are connected to the home gateway( HG) or the MUC controller and record the energy consumption of household appliances, as well as the energy fed into the grid from distributed energy resources( DER). These include photovoltaic systems, combined heat and power plants, or electric vehicle batteries.

Smart meters work bidirectionally, on the one hand from the smart grid or from one's own photovoltaic system in the direction of the consumer, and on the other hand from one's own energy supply to the smart meter. They are therefore also called bidirectional meters. In addition, smart metering is also intended to help save energy, since in the future energy prices will be calculated on a time-dependent basis depending on both the time of day and the day of the week. Thus, with Automated Meter Management( AMM), the smart meter can contribute to cost reduction by switching on consumer devices with high power consumption only when energy prices are favorable. This means, for example, that in a household the washing machine or the dryer are mainly operated at night. This allows the consumer to save on energy costs. 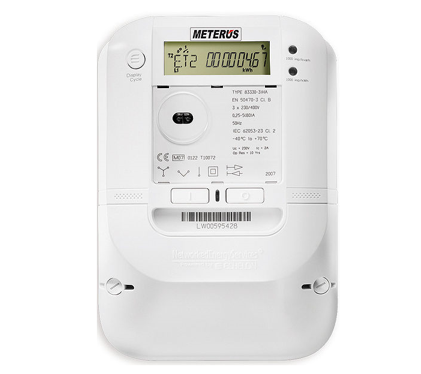 There are various concepts for controlling consumer devices, such as the digital power concept, which works with small control units that can be installed quickly, or IP-based or even WLAN-based concepts with proprietary control protocols. It is also possible to connect the consumption points to the smart meter via the M-Bus. The smart meter monitors the consumption points and transmits the recorded measurement data via a cable or by means of radio technology such as ZigBeeSmart Energy( ZSE) to the MUC controller, which forwards the data to the energy supplier or a metering point operator. The energy supplier is thus always informed about the current consumption.