Switching is generally understood to be the way in which a transmission path is mediated between sender and receiver. A basic distinction is made between line switching and memory switching. In addition, optical transport networks use various switching techniques, including wavelength routing and wavelength switching. 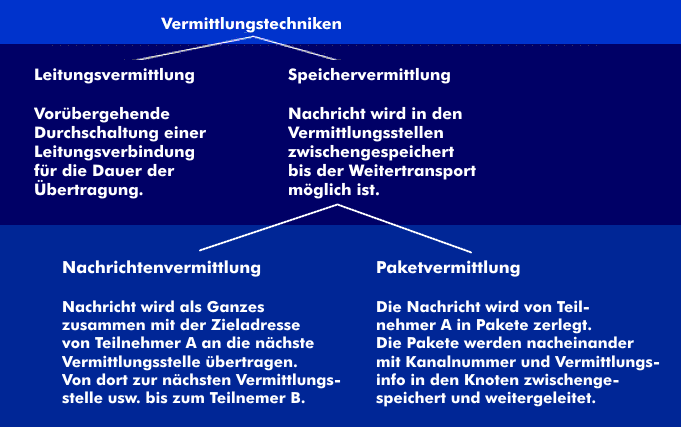 In memory switching, the message is temporarily stored in the switching units until further transport is possible. A distinction is made in this technology between data packet switching and message switching. 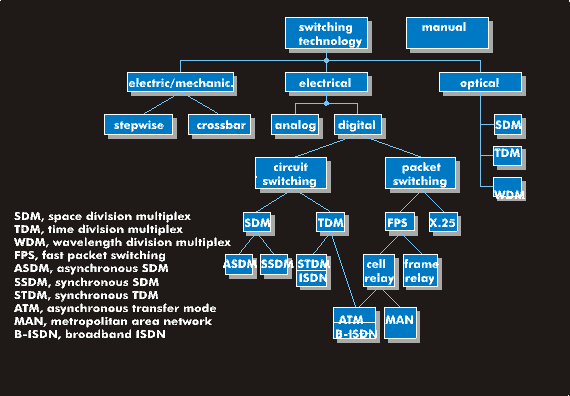 Overview of the different switching techniques