A terminal is a data terminal or data viewing device for data input and data output, usually consisting of a screen and a keyboard. In its simplest form, when a terminal does not have its own intelligence, i.e. processor, it is called a non-intelligent terminal or dumb terminal. Non-intelligent alpha terminals used to be used only for communication with the central computer, the host or mainframe.

A dumb terminal can only send and receive single characters. In contrast, there are intelligent terminals, smart terminals, which are equipped with a processor with a corresponding memory area, and can run application programs such as text editing independently of the central computing system. These data terminals include personal computers and workstations that are used as terminals with terminal emulation. 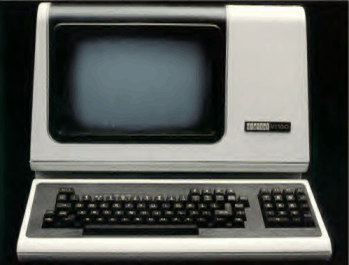 Digital Equipment's VT100, an alpha terminal built in the late 1980s, is also one of the dumb terminals, as are IBM's 3270 terminals. Both terminals have been emulated using terminal emulation in many vendor-specific configurations. The classic terminals and the earlier network computers were already replaced by computers, laptops and notebooks decades ago.

In client- server architectures, the client conceptually takes over the role of the terminal. Functionally, of course, there are worlds in between. There are clear classifications here with the thin client, fat client and smart client.