The broker architecture was the basic pattern for the development of CORBA (Common Object Request Broker Architecture). A variation can be found in the Enterprise JavaBeans( EJB) of the J2EE platform as well as the . NET platform. Java Remote Method Invocation( RMI) also incorporates basic principles of the broker pattern. Likewise, registry and naming services are parts of the broker. Stub as well as skeleton classes are generated as the client and server proxies. 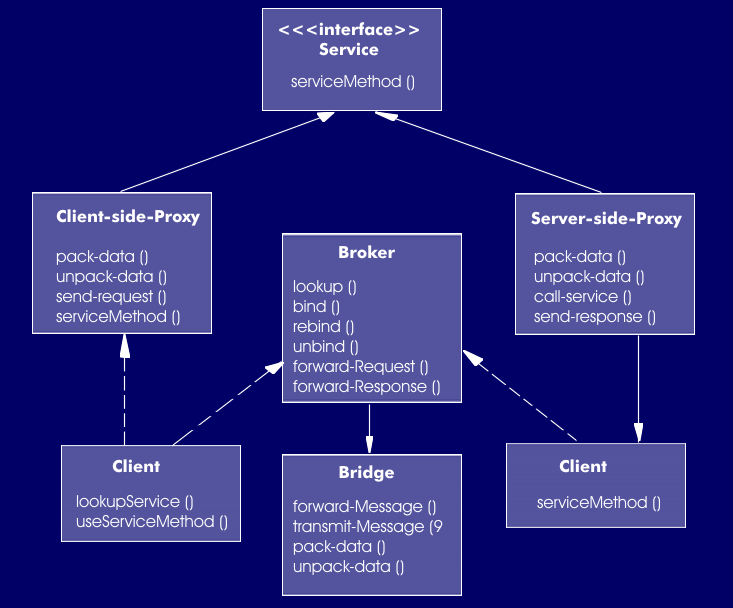 Participants of the broker architecture

The advantages of the broker pattern are:

However the following disadvantages are assigned to the Broker pattern also:

In addition, other limitations arise in the practical use of Broker. In particular, the intended interoperability between multiple broker systems has never been achieved. Also, reuse usually only works efficiently within a server.