Fibre Channel(FC)networks can be implemented in three different topologies: In a point-to-point Fibre Channel, in a ring-shaped arbitrated loop and in a star-shaped switching fabric. 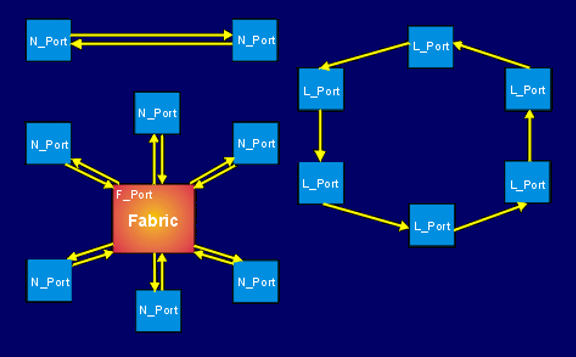 In the point-to-point connection, two end devices are connected via two unidirectional links, one each for transmitting and receiving. In this constellation, both devices have full access to the full bandwidth.

Point-to-point confuguration of a fiber channel

In the arbitrated loop, each port is connected to the following one. The interconnected ports correspond to a ring topology. 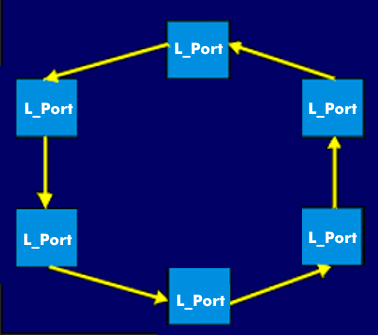 In this configuration, only one port can transmit data at a time. Before transmission, however, this port must reach an agreement with all other ports regarding the transmission right. This arbitration logic, which can involve up to 127 devices in the Fibre Channel, is distributed over all ports in the arbitrated loop. 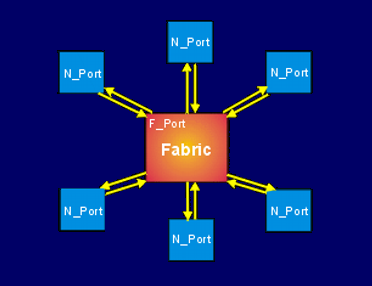 The third topology is the star-shaped switching fabric (SF). The switching fabric operates with one or more central switching components, the fabrics or FC switches, via which the communication between the autonomously operating servers and storage units is transmitted. If several central FC switches form the star point, then these are interconnected via Inter Switch Links( ISL). The number of units that can be connected is only limited by the number of ports.