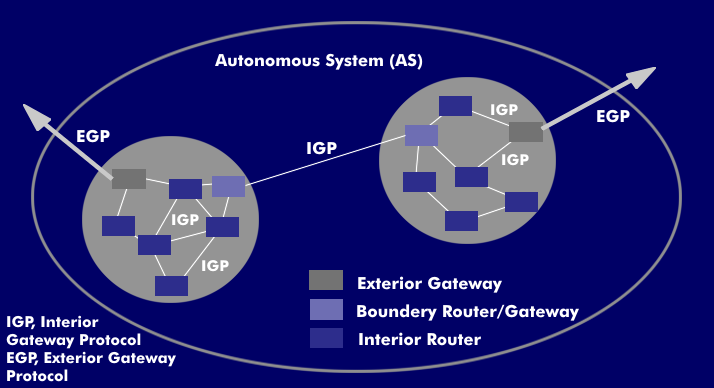 Interior and Exterior Routing in an Autonomous System (AS).

Exterior Routing Protocols (ERP) are routing protocols used to exchange routing information between autonomous systems( AS) across IP networks. ERP protocols can be subdivided into those that are based on preferences and policies, such as the Exterior Gateway Protocol( EGP), others that work with path vector procedures, such as the Border Gateway Protocol( BGP) in its various versions, and still others that use the link-state algorithm, such as the Interdomain Routing Protocol( IDRP).