Sound is a physical phenomenon resulting from the vibration of matter and propagating in elastic media. The form of sound known in acoustics is that of an alternating change in air pressure that propagates in space in waves, spatially and temporally. It is generated by vibrations in musical instruments or actuators, such as the loudspeaker. 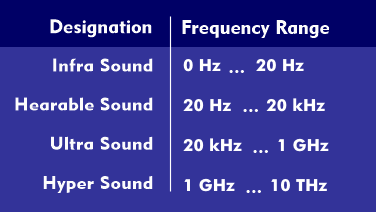 Sound can only be transmitted in matter, in solid, liquid, and gaseous media, because in the transmission of sound, the molecules of the media oscillate about their rest position in their inertial and elastic forces. Sound waves are subject to absorption, attenuation, transmission, diffusion and diffraction. 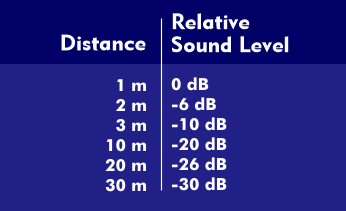 Sound pressure decay as a function of distance