The local exchange (OVSt), Local Exchange (LEX), forms the lowest hierarchical level in the long-distance network hierarchy. It is an exchange node of a local network in the public telephone network. Such a node, which forms the end point for the access lines of end users and companies, is connected to the node exch anges(KVSt) located higher up in the hierarchy. 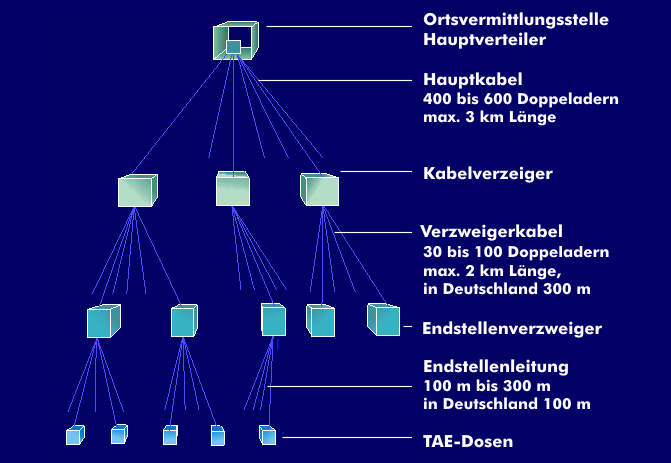 Cable distribution in the local network

The cabling structure from the local exchange to the subscriber