Smart metering, in combination with smart meters and smart grids, creates the conditions for better adapting electricity generation to consumer behavior and electricity tariffs in the short and medium term. Energy metering plays an essential role in determining electricity demand. Smart meters record self-consumption on a time-dependent basis, while sophisticated technologies also record energy tariffs, supply, production, consumption and self-consumption. The consumption values determined by the smart meter and forwarded to the energy supplier flow into the capacity management of the smart grids, can be used to improve tariff models and are intended to ensure more economical use of energy. 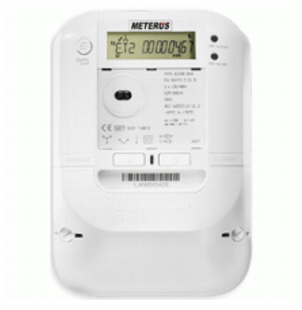 Consumption-related data can also be used for forecasting and demand development. Time-of-day tariffs can be used to switch on powerful household appliances via the Distribution Management System( DMS) whenever this gives the consumer a cost advantage.

Smart metering for feed-in and consumption 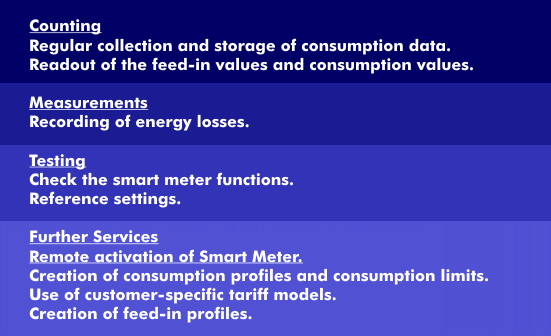 Smart metering goes far beyond the functions of traditional electricity meters, because a smart meter must record energy consumption and energy feed-in bidirectionally. This is the case when electricity is not only drawn from the power grid but also fed into it. This is the case with photovoltaic systems or electric vehicles, whose batteries could be used as energy storage devices. There are various concepts for data transmission to the energy supplier. This can be done via web interfaces and the Internet; but the measurement data can also be transmitted via license-free radio frequencies or via mobile networks, and also via the power grids using power line carriers( PLC). In contrast, the frequency bands defined by the Comité Européen de Normalisation Electrotechnique( CENELEC) cannot be used for transmitting meter readings via the power grid because their data rates are too low.

Overall, a paradigm shift can be seen in power generation, which is expressed in consumption-based control. In the future, only as much energy will be consumed as is currently being produced. One aspect of this future scenario is the National Institute of Standards and Technology's( NIST) integration of smart grids and smart metering into homeareanetworks(HANs).